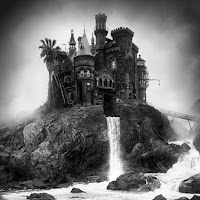 Hard to believe how fast time flies. Jim Kazanjian’s show here at 23 Sandy ends this Saturday, September 10th. Be sure to catch his surreal photographic compositions before they are gone!
This show, titled Anomalies, features six new pieces in continuation of his last solo show in Mayof 2009. That show led the artist to worldwide acclaim including a featurearticle on Gizmodo.com that received over 60,000 visitors in just the first 24hours plus sales to art collectors around the world. His work has also sincebeen featured in such publications as Esquire Russia, Art China and The Atlantic.

MORE INFO – A complete online catalog for this show can be found here.